The Board of Directors of SeriousFun Children’s Network has voted to welcome Fran Horowitz, CEO of Abercrombie & Fitch, Co., and Emad Lotfi Bibawi, Partner at KPMG LLP, to the Board, effective immediately. SeriousFun Children’s Network, founded by actor and philanthropist Paul Newman, is a community of 30 camps and programs around the world that offer life-changing camp experiences to children with serious illnesses and their families, always free of charge. 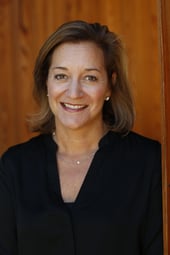 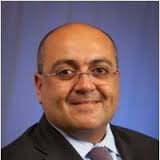 Emad Lotfi Bibawi is a Partner in KPMG LLP’s Advisory practice based in New York and serves as the Advisory Office Leader on the New York Office Leadership team. Mr. Bibawi also leads the US/Africa corridor within KPMG’s International Corridor program supporting client operations in and outside of Africa. Mr. Bibawi has almost 25 years’ experience leading risk consulting advisory engagements across several industries with global operations– including not-for-profit organizations. He serves as the Lead Partner on various multinational Fortune 500 organizations, and functioned as the Chief Financial Officer of a high-tech start-up. Mr. Bibawi’s global experience and financial knowledge were key attributes for his selection to the Board of Directors. Mr. Bibawi is a Certified Public Accountant in New York State. He is a Member of the American Institute of Certified Public Accountants, the New York Society of Certified Public Accountants, and the Institute of Internal Audit. He is a graduate of the University of Virginia’s McIntire School of Commerce.

SeriousFun Children's Network is a global community of 30 camps and programs serving children with serious illnesses and their families, always free of charge. Founded by Paul Newman in 1988, SeriousFun has served more than 732,000 children and families from more than 50 countries. Each member camp is an independent, not-for-profit organization dependent upon private funding to serve all children at no cost to their families. To learn more about SeriousFun, visit www.seriousfunnetwork.org.