Meet Braedon Pollman and his family. Braedon was a typical child, until the age of five when a neurodegenerative disease slowly began stealing his ability to function normally. He was later diagnosed with cancer. But Braedon—the youngest of four—isn’t just a kid living with illness, he is a longtime camper at Flying Horse Farms, the SeriousFun camp in Ohio. His mother Jill and father Bernd share their family’s transformative experience with camp.

After Braedon’s diagnosis, our lives were ones of constant worry and stress. We were always trying to make Braedon’s life easier. We hadn’t ever considered camp for him because he needs constant care. He’d never spent a night away from us, let alone a week.

But his oncologist recommended Flying Horse Farms, so we tried family camp. We were shocked when the staff invited us to sign Braedon up for summer camp. ‘Bad idea,’ we said. There was no way.

But somehow, unexplainably, we decided we should give it a shot. Still, we worried the whole time he was gone. How were they caring for him? Was he lonely? We were anxious to pick him up and bring him home.

But he felt differently. ‘I wish I could go back in time and just experience it all again,’ he said. Wow! To give childhood back to a boy like ours for a full week—it’s truly indescribable. So, Braedon did go back...a bunch of times.

One summer, the boys in Braedon’s cabin threw him a surprise birthday party at camp—and it wasn’t even his actual birthday. And it was all their idea! They decorated the cabin and everything. Braedon talked about it for months.

Braedon is terrified of boating but, this past summer, a counselor he really connected with got him out in a canoe. ‘Did you do a lot of rowing?’ we asked. ‘Nope—I just prayed.’ he said. They didn’t make it across the lake before Braedon wanted to head back to shore, but that was ok. It was actually more than ok—it was awesome for him. We’ve been trying for years to push him a little bit at a time. Sometimes it’s just exhausting and we never really know how hard to push him. We love that camp knows precisely how to encourage him without ever pushing too hard.

After camp, his older sisters took him to a theme park and we couldn’t believe what happened: Braedon asked to ride a roller coaster. The biggest at the park! He had never done anything so daring. That’s the magic of camp. It’s given him confidence that he carries beyond its gates. 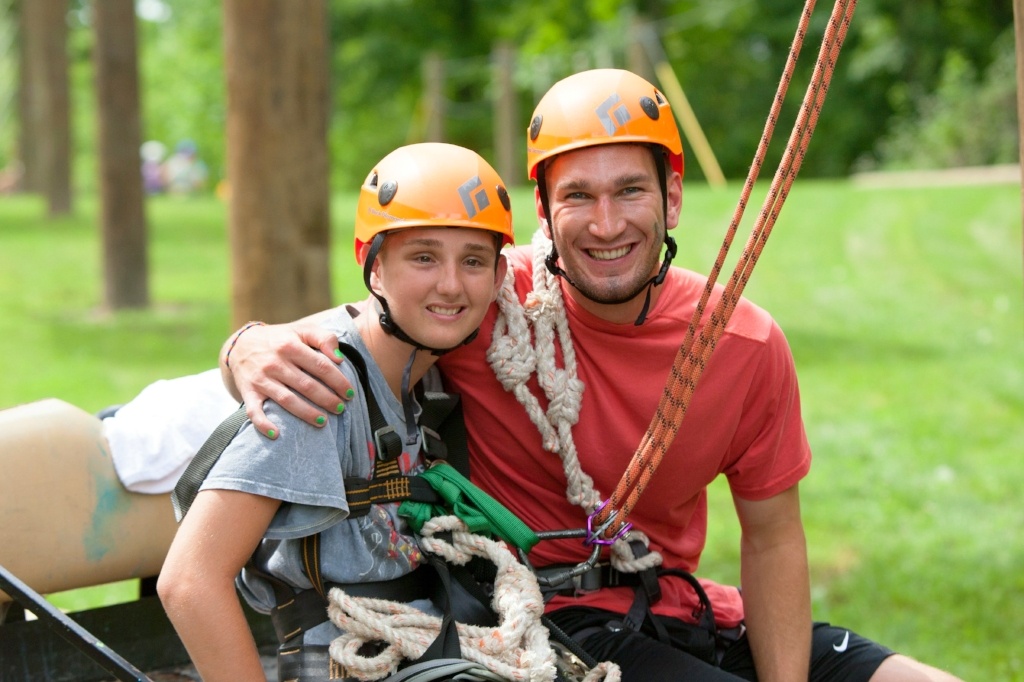 All we can say is thank you for this camp—it’s given our boy the childhood the real world couldn’t, and then some. We are just so grateful.