How sweet it is!

Krispy Kreme Doughnuts is launching “Dough‑nate for a Doughnut,” a campaign to help children – especially those underserved or living with serious illnesses – with new signature partners KaBOOM! and SeriousFun Children’s Network.

Guests who visit participating Krispy Kreme shops in the U.S. beginning March 4 will receive a FREE iconic Original Glazed® Doughnut when they donate $1 or more to benefit both organizations.

SeriousFun Children's Network, founded by actor and philanthropist Paul Newman, is a global community of 30 camps and programs serving children with serious illnesses and their families, always free of charge. KaBOOM! is a national nonprofit dedicated to giving all kids – especially those living in poverty – the childhood they deserve through great, safe places to play.

The “Dough-nate for a Doughnut” campaign builds on Krispy Kreme’s legacy of giving back to communities, including through its FUNdraising program, which assists organizations and businesses by helping to raise dozens of millions of dollars annually for educational, religious, community and charitable causes.

“Giving back to our communities through fundraising and philanthropic work is at our core,” said Krispy Kreme Chief Executive Officer Mike Tattersfield. “We passionately believe in the KaBOOM! mission to build strong communities through enabling play, and we have experienced first‑hand the incredible impact SeriousFun camps have on children and their families.”

"We are so grateful for Krispy Kreme’s growing commitment to SeriousFun, one that will have a tremendous impact on the lives of children living with serious illnesses and their families,” said Blake Maher, CEO, SeriousFun. “Krispy Kreme has long been part of the SeriousFun family through their support of Victory Junction and we’re excited to work with them in support of our camps all over the world.”

In addition to fundraising for KaBOOM!, Krispy Kreme will partner on the organization’s signature playground program to bring play opportunities to kids most in need.  Krispy Kreme team members will join KaBOOM! and hundreds of community volunteers, city leaders and corporate partners to build playgrounds.

“KaBOOM! is committed to making sure kids don’t miss out on the joys of childhood. Our work is centered around bringing people together to ensure kids have a place in their community to thrive,” said Lysa Ratliff, Vice President of Partnership Development. “Far too many young people miss out on the opportunity to freely experience their youth. A great, safe place to play shouldn’t just be a treat for some kids, it should be accessible to all. We are so grateful for Krispy Kreme’s partnership that will make it easier for all kids, regardless of where they live, to play.”

To learn more about our signature partners and find a participating shop near you, please visit KrispyKreme.com/doughnate. 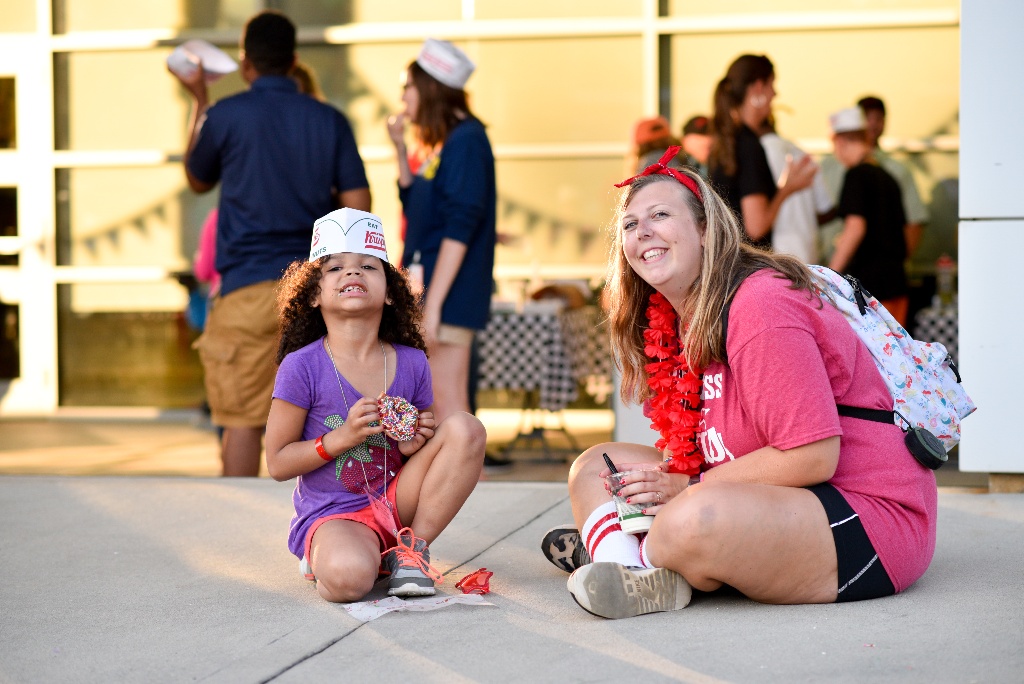 Krispy Kreme Doughnut Corporation is a global retailer of premium-quality sweet treats, including its signature Original Glazed ® Doughnut. Headquartered in Winston-Salem, N.C., the company has offered the highest-quality doughnuts and great-tasting coffee since it was founded in 1937. Krispy Kreme Doughnuts is proud of its Fundraising program, which for decades has helped non-profit organizations raise millions of dollars in needed funds. Krispy Kreme doughnuts can be found in approximately 12,000 grocery, convenience and mass merchant stores in the U.S. The Company has nearly 1,400 retail shops in 33 countries. Connect with Krispy Kreme Doughnuts at www.KrispyKreme.com, or on one of its many social media channels, including www.Facebook.com/KrispyKreme, and www.Twitter.com/KrispyKreme.