Celebrities often hold a sacred place in our lives. We put them up on pedestals, and gaze at them from afar, because of their talent, their good looks, and the seemingly charmed lives they lead. And sometimes—maybe too often—we see them as role models based on who we think they are rather than who they really are. Having lived in Los Angeles for more than 12 years, I had come to understand that the confectionary ideas we have of celebrities often work against us. Sometimes, we shape who we think we, ourselves, should be based on an airbrushed image or a projected persona rather that what in our hearts we know really matters. But a long time before I moved to California or Connecticut, or back to New York for that matter, I was just an 18-year old kid wanting to follow in the footsteps of one of the most respected celebrities you could imagine, Paul Newman.

When I was in college, I read an article in LIFE magazine about a summer camp that Paul Newman had started for children with serious medical conditions. I had worked at camps since I was a teenager and had a keen interest in trying to do something that I felt had a purpose. In retrospect I can see that like many young people my age, I was searching to find something that would give me purpose, definition, and even direction. Until that point, my world had revolved solely around me. Not in an overly selfish or a non-empathetic way. I was a pretty good guy with good values who cared about other people. But I rarely put myself in other people’s place or took the time to understand the challenges they faced. My own challenges seemed plenty for me. 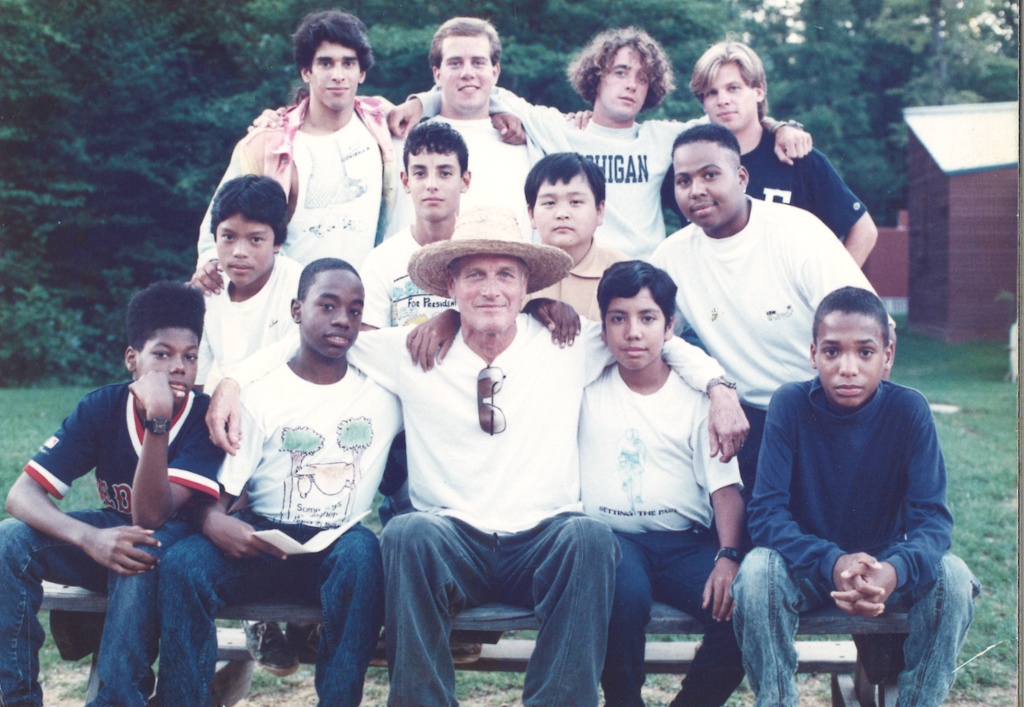 Long story short, I was hired and worked at that camp for several summers as a counselor. Summers that changed my life. Or at least how I thought about my life—and other peoples'. Those summers I met kids, as young as seven years old, along with teenagers, battling cancer and a host of other medical conditions whose lives and challenges I had never given much thought. These kids were remarkable. The bravery, honesty, humor, and plain old guts these kids showed every day helped me to begin to understand the choices we are able to make in how we live our own lives. On a daily basis, these kids experienced pain, isolation, and fear I could never imagine. And, yet, they met each day with a generosity of spirt and concern for others that opened up my mind to whole new way of thinking about life—and the power of believing in the “possible.”

I’ll never forget one boy who, when I first met him at camp, couldn’t walk or talk because of the complexity of his medical conditions. He had spent almost his entire life in the hospital until two amazing people adopted him and eventually brought him to camp. Today when I see him (and yes, I still do, all these years later), he hurries over to greet me, yelling out my name, and hugs me around the legs. He is the first to laugh, dance with abandon, and welcome new children to their first camp experience. He never gave up or stopped hoping, despite challenges that would have given many of us enough reason to shut off the world. He sees the future and the possibilities in life, not the limitations. Blake in action—and costume—at The Painted Turtle, the SeriousFun camp in CA.

When I was a counselor at the first SeriousFun camp, Paul Newman used to visit camp almost every week to be with the kids, always showing the same kind of generosity of spirit, humility, and appreciation for fun and possibility that the campers showed. They seemed to understand each other.

So, in that way, Paul is both icon and inspiration. He was who he seemed. He walked the walk. He, along with the children to whom he first held out his hand at camp, showed me, and all of us who have worked with them, that by giving just a little bit more of ourselves, and by thinking of someone else now and then, we can change lives.

Who knows, if we all lived like that, maybe we could even change the world.