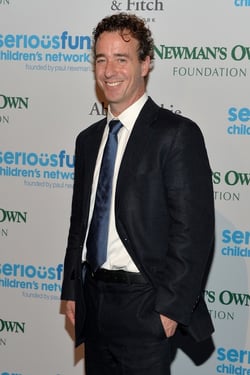 "For more than 20 years, I have witnessed the remarkable impact that SeriousFun camps have on the lives of children with serious illnesses and their families," said Maher. "I'm continually inspired by the courage of the children and by the devotion of our camps, staff, partners, volunteers, and families. It is an honor to be taking on an even greater role in shaping and supporting this important work."

In addition to serving as CEO and Executive Director of The Painted Turtle from 2011 to 2016, Maher played an integral role on the camp leadership team since 2003. He designed and directed The Painted Turtle's original Summer and Family Weekend Programs and was instrumental in creating a variety of innovative camp programs in California for children with serious medical conditions. 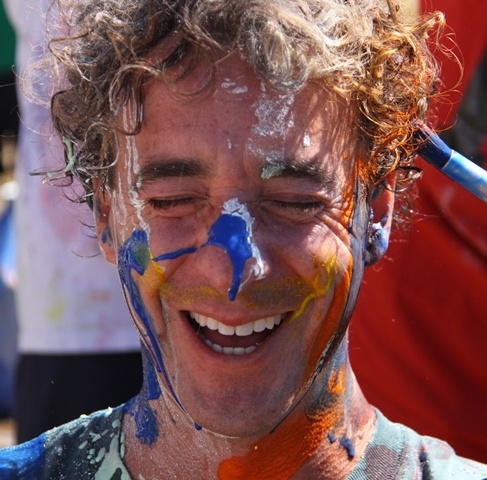 Blake Maher in camp activities at The Painted Turtle, a SeriousFun camp in California

Maher has worked in the field of child advocacy and experiential programming for more than 20 years, including work with abused and homeless children, arts programs, and outdoor and recreational programs for children. Following college, Maher worked at Paul Newman's first camp for children with serious medical conditions, The Hole in the Wall Gang Camp, in Connecticut. He also helped open Newman's second camp, Barretstown, in Ireland.

"As the Network's name states, we take our work seriously so that more children living with illnesses can have the fun they so deserve," said Maher. "I have watched thousands of campers grow up through our camp system to become amazing adults who are committed to ensuring that kids just like them get the same transformative and magical experience. To me, seeing the way camp continues to profoundly change lives is one of the most exciting aspects of this journey."

"Throughout his tenure, Blake has demonstrated a strong commitment to the mission of the Network and to the legacy of Paul Newman," said Don Gogel, Chairman of the Board, SeriousFun Children's Network. "He is passionate about providing unique camp experiences to children with serious illnesses and their families and is dedicated to building an effective and sustainable global network that can offer these experiences to children everywhere." Maher holds an MFA and MA in Creative Writing and a BA in English and Political Science. His writing has appeared in magazines, newspapers, and books, and has been broadcast on NPR.

Maher assumes official responsibilities as CEO on September 1, taking over for outgoing CEO Mary Beth Powers. Powers has accepted a position as the Vice President of Programs for a local family foundation.