abercrombie kids Gives the Gift of Character This Holiday Season

abercrombie kids, a division of Abercrombie & Fitch Co. (NYSE: ANF), introduces its newest marketing campaign, one that celebrates adventure and a youthful spirit. The campaign features kids who exemplify great character and creative expression, including campers from SeriousFun Children's Network.

SeriousFun Children's Network is a global community of 30 camps and programs where children with serious illnesses experience the magic of camp free of charge. During their time at camp, the kids discover joy, confidence, friendships and a new world of possibilities, away from the hospitals and doctor appointments that regularly interrupt their childhood.

Abercrombie & Fitch Co. has been connected to SeriousFun since 2011 and was proud to announce its five-year, $15 million commitment to the charitable organization earlier this year. The partnership focuses on creating opportunities for kids to build their self-esteem and look at the world in an optimistic and hopeful way. With support from SeriousFun, abercrombie kids cast five campers in the campaign and their engaging, humorous, and endearing personalities truly shine through. 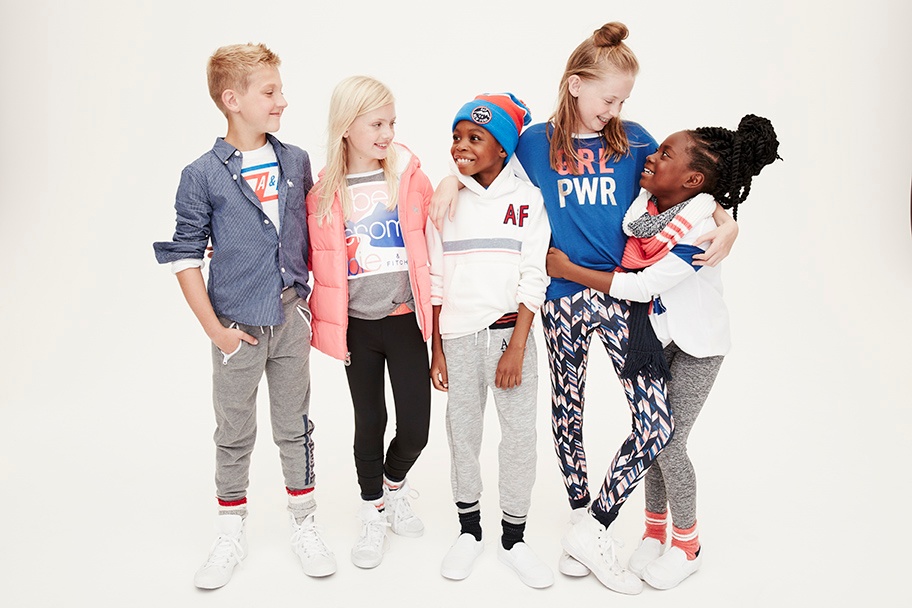 With support from SeriousFun, abercrombie kids cast five campers in the campaign and their engaging, humorous, and endearing personalities truly shine through.

"Our teams were fortunate to work with the campers from SeriousFun and it was a great opportunity for us to capture them having fun expressing themselves, playing, and just being kids away from their routine doctor appointments and hospital visits. With these kids, the only thing bigger than their smiles is their character," said Stacia Andersen, Brand President of Abercrombie & Fitch and abercrombie kids.

To help gift the SeriousFun camp experience to more children, customers can donate or round up their purchase at the register in all US abercrombie kids and Abercrombie & Fitch locations now through December 31st, 2016.

Abercrombie & Fitch Co. is a leading global specialty retailer of high-quality, casual apparel for Men, Women and kids with an active, youthful lifestyle under its Abercrombie & Fitch, abercrombie kids and Hollister Co. brands. At the end of the second quarter, the company operated 744 stores in the United States and 182 stores across Canada, Europe, Asia and the Middle East. The company also operates e-commerce websites at www.abercrombie.com and www.hollisterco.com.

SeriousFun Children's Network is a global community of 30 camps and programs serving children with serious illnesses and their families, always free of charge. Founded by Paul Newman in 1988, SeriousFun has served more than 732,000 children and families from more than 50 countries. Each member camp is an independent, not-for-profit organization dependent upon private funding to serve all children at no cost to their families. To learn more about SeriousFun, visit www.seriousfunnetwork.org.